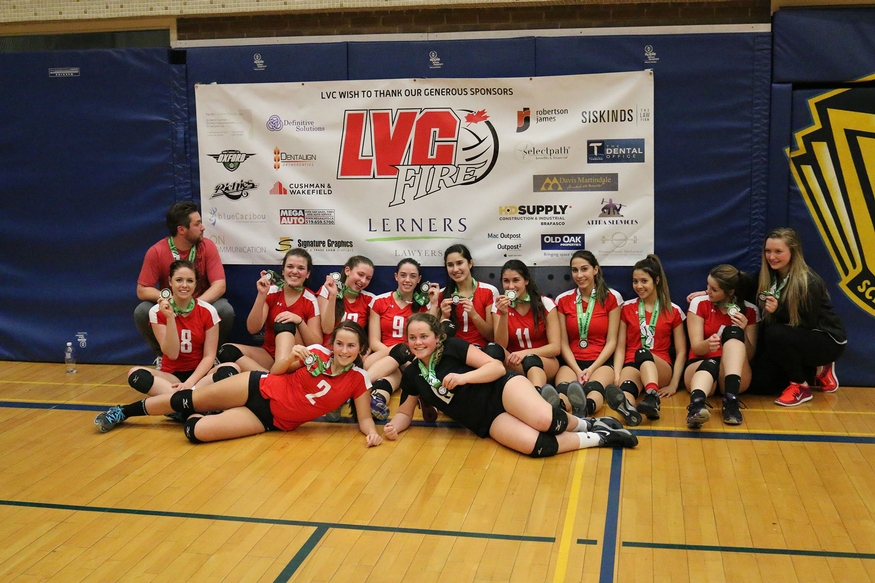 It was an exciting day of volleyball for our 17U Ignite girls. After tough quarterfinal losses in their first two tournaments the girls were eager to get into a medal game and be in a position to advance to the Championship division.

Going into the day as the third seed they won their pool games against the Chatham Ballhawks 16U and FC 16U Blue each in two sets to come first in Pool C. Their quarterfinal against Sarnia Thunder 17U was a challenge. We lost the first set 27-29 but bounced back to take the second and third to win their first quarterfinal of the season and advance to the medal games.

The semi was an exciting match with our 16U Intensity sisters who played some fantastic volleyball but ultimately the Ignite won in two sets. All the parents enjoyed cheering for both teams as they showed us great sportsmanship and there were some really terrific rallies.

On to the gold medal game with the 16 U KW Predators, who having dropped to Trillium after their last tournament were keen to win and get back up to the Championship division. The first set was a noisy and confusing one with our girls being penalized 3 points for an illegal substitution and we went down 9-25 in the first set and 0-4 in the second. Showing incredible resilience the girls (and coaches!) settled in and showed that they deserve to advance with two scintillating sets of volleyball taking the second set 25-20 and the third 18-16.

Every player on the team contributed today and our players and parents were huge factors in the wins, boisterously cheering on every point!

It was great to see the girls so pumped up with their gold medals and huge smiles. We look forward to seeing them play in the championship division next month. Thanks to our 17U Fury and 16U Intensity teams and their  families for watching and cheering for us!