18U Ignite Medal in Markham 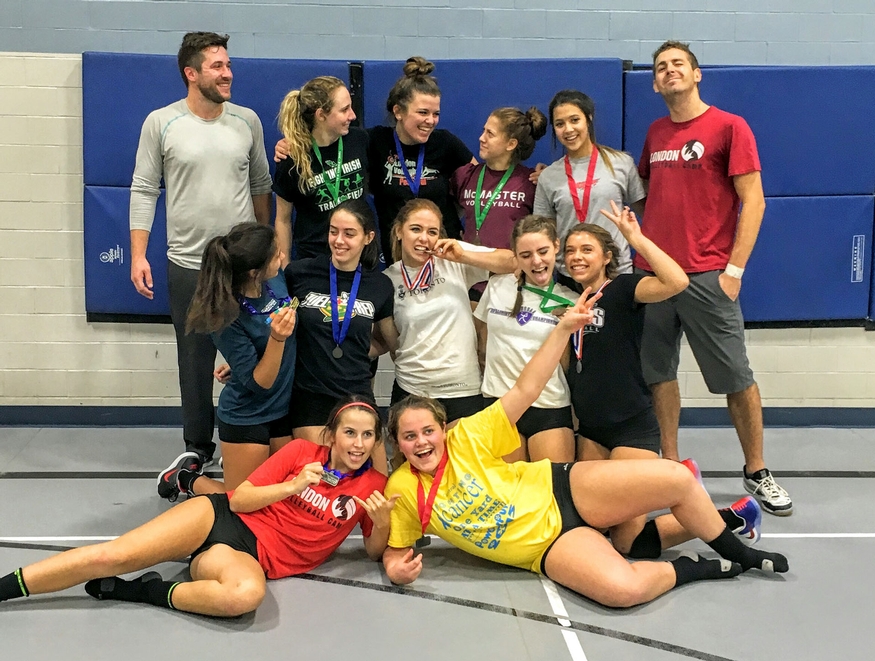 LVC's 18U Ignite girls started their season off with an exhibition tournament in Markham. It was the first time the girls have played since acquiring four new players and the debut for our new Head Coach Brian Kuiack and Assistant Coach Cody Workman.

The girls placed first in their pool of four and took their quarter final in two sets, while giving all players lots of court time. Next was a semi final against a very tall and very hard hitting Oakville Thunder team. Unfortunately we came out on the wrong end of a very close 23-25, 22-25 set loss. The Oakville coach came over after the match and complimented the girls on their defense,  having dug out a ton of devastating hits.

The bronze medal game went to three sets and at 15-14 for LVC, the convenor stopped the match and was about to give medals to our girls as there was a cap at 15 points for playoff matches. The coach from our opponent had not been aware of the rule so coach Brian consulted with the girls and decided they would play it out. Unfortunately we ended up losing 18-16, but coaches Brian and Cody were so impressed with the enthusiasm and sportsmanship displayed by our players that they gave the girls medals at our next practice!

It was a great day for the coaches to experiment with lineups and practice our offense and a great warm up and bonding experience for our team. We can't wait to get the season started on the 26th!