LVC 18U Ignite Wrap Up 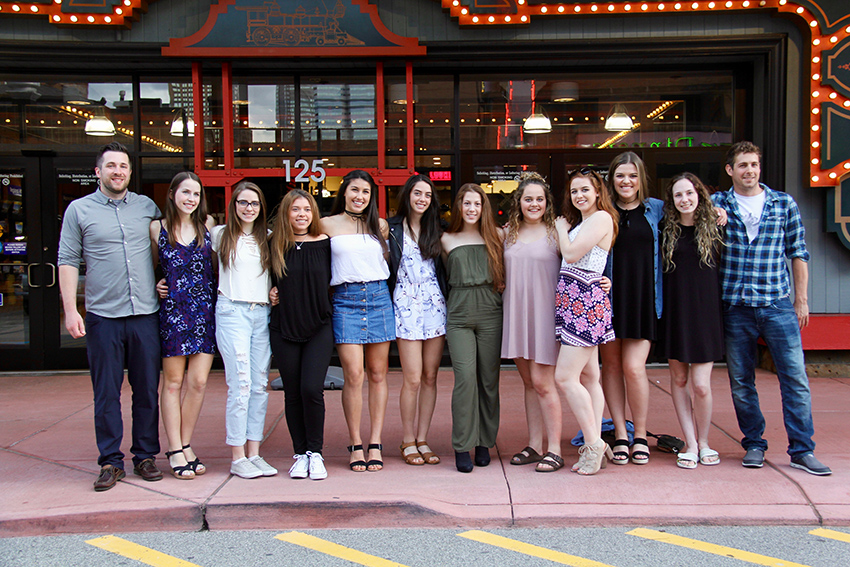 It’s been a five year journey for our 18U Ignite girls, a combination of players who have been with LVC from its inaugural season and new girls who came to play for LVC from as far as Sarnia and Hamilton. With coach Brian Kuiack taking over from Emma Armstrong, and his assistant coaches Cody and Taylor, the girls worked hard to make their final season one they won’t forget.

After starting the season with a few disappointing tournaments Ignite got things going with a silver medal in our last regular season tournament. Although we were always among the shortest teams, our girls showed grit and determination all season. Heading into OVA Provincials as the 4th seed in Division 2 we were in a pool of 7 teams and went 5 for 6 in pool play. The final pool match against EVC was a close and exciting three set loss with fantastic rallies throughout the match, and parents from both teams cheering for each other’s players. We ended up second in the pool with a tougher path to the finals.

With LVC President Dave Bellehumeur there to cheer our team on we met the 3rd seed Smash Teal in the quarterfinal and dropped the first set. In a real thriller the girls dug deep and carved out a victory against a very tough opponent. We then took on the 1st seed, Smash Purple and won in two sets, both of which were very close and gripping to watch. To cap off a fantastic tournament the girls took the gold medal against Thundercats in straight sets.  It was a great weekend for our girls to finish their OVA careers, coming out with Division 2 Tier 1 Gold.

Ignite continued to practise through the month of May in preparation for the East Coast Championships in Pittsburgh last May 27-29th. Missing one of our setters, Miana Atkinson, we played some very strong teams and had a combination of wins and losses with coach Brian getting court time for everyone. Although we lost our semifinal to a strong team from the US, the road trip was a nice time for the girls, coaches and parents to enjoy together before the players move on to finishing grade 12 and other new adventures.

Our players and their families will miss being part of LVC. We will miss coaches Brian, Cody and Taylor, the fun times at practice, the great times at tournaments and events like the LVC Beach and Palasad parties. Thanks to LVC for mentoring our girls and giving them experiences that have helped them develop into the fine players and people they are. A special thanks to Coach Dave, who has always been there to support our team through the tough losses and the exciting victories, you helped make our girls feel like part of a big family!