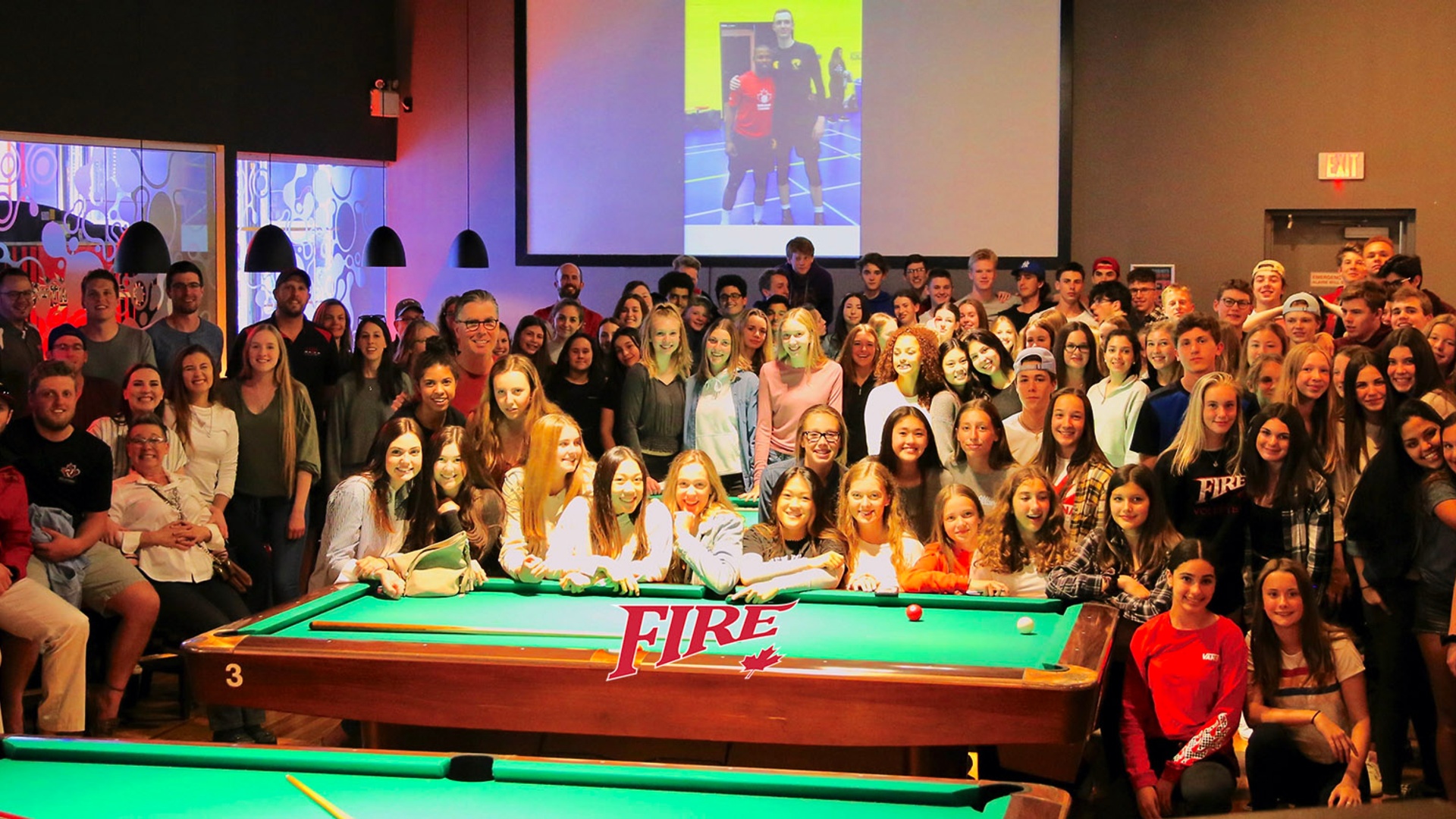 The 2018-2019 season marked the seventh season for LVC! A massive thank you to the many volunteers who helped create positive experiences for our fantastic Athletes.

LVC is not about just building strong athletes and teams; we care about helping young people develop a love for volleyball and a desire to help our amazing sport continue to grow. Alumni are moving on and contributing to the Canadian volleyball landscape in a variety of ways. To date, LVC has now helped develop 71 Athletes to graduate and play post-secondary volleyball (College or University in North America). 28 Athletes have been selected to Team Ontario and 13 have been selected to represent Canada in international competition. At LVC, we value more than just playing the game! Our Coaches and Referees make it all possible. We are proud that to date, 11 LVC Athletes have continued to stay connected to the sport by Coaching within the OVA and 9 have entered the Refereeing ranks. These accomplishments contribute greatly to the sport we all love. For our seventh season, here are seven big WINS from the 2019-2020 season.

The highest honour an OVA Athlete can achieve is representing Team Canada and Team Ontario in competition. Congratulations to these Athletes and Coaches on being selected to represent our great province and nation this summer!

This marked a first for LVC! Andre Foreman (Class of 2015) has been selected to the Men’s Senior National Team. He will train in Gatineau, Quebec with the VC National Excellence Program (NEP) before heading to the 2019 Pan-Am Cup in Guadalajara, Mexico from June 14 - 22.

The dynamic beach duo of Iris Fletcher and Abbey Thorup have earned the right to represent Canada at the FIVB U21 World Beach Championships in Udon Thani, Thailand from June 18 – 23.

Pierce Johnson (Class of 2014) has been selected to the FISU Games Team for the 2019 Summer Universiade. This is a collection of the top players currently playing for a CCAA College or U-Sport University program in Canada. They travel to Napoli, Italy from July 3 -14.

A major measure of our success is our ability to help develop athletes that play at the “next-level”. Check out the list below of those who have signed on to play at Colleges and Universities across North America.

Across the continent, LVC will be represented! In the United States, Abbey and Iris will be in Birmingham, Alabama and Nacogdoches, Texas respectively. In Canada, we have Michael and Evan in Halifax to the east and Chloe in Calgary to the west!

Thank you to the 200+ people who attended the LVC Year-End Party at Palasad! It was a night of celebration and two great speeches by 18U Intensity’s Iris Fletcher and 18U Heat’s Michael Donovan. Thank you to you both for sharing your experiences with the Club.

Congratulations to the Boys from 18U Heat and the Girls from 18U Intensity on a great finish at this year’s 18U VC National Championships. Both teams went 8-1 in their respective events, earning National Bronze Medals! Abbey Thorup, Brooke Richards and Michael Donovan were also named VC 18U National All-Stars.

As a Club, we are only as good as our people. Those with the greatest influence are our Coaches! A huge win for us this season was the LVC Coaching Symposium where facilitators from across Ontario came together to deliver 50+ hours of training to LVC Coaches. A total of 41 Coaches were in attendance for various workshops and 22 earned NCCP Development Coach certification or NCCP Advanced Development certification.

It was a banner year for the Fanshawe Falcons Men’s and Women’s Volleyball programs! In fact, three banners came back to London after two incredible seasons. The Men’s team completed an undefeated season to win the OCAA Provincial Championship and CCAA National Championship. The Women’s team also completed an all-time best season winning the OCAA Championships and winning a CCAA National Bronze medal! Below are the LVC Alumni and Coaches who helped make this happen!